Lenore has just published her latest chapbook, fully illustrated and ready for your enjoyment. This collection of free verse explores themes of home, nature, and family. Please click on the image to go to the Amazon listing!

Dr. Stijn Thoolen is the ESA-sponsored medical doctor spending 12 months at Concordia research station in Antarctica. He facilitates a number of experiments on the effects of isolation, light deprivation, and extreme temperatures on the human body and mind. Find this blog post in the original Dutch below. Missed part 1? Read it here. And…

The post Happy #TRT – Tummy Rub Tuesday (Week 317) appeared first on Katzenworld – Welcome to the world of cats!. Hello everyone, Welcome to another week of Tummy Rub Tuesday! If you’d like your cat to appear in our weekly column via not send them in via info@katzenworld.co.uk. Or just leave a comment with the…

ESA-sponsored medical doctor Stijn has been overseeing the biomedical studies at Concordia, collecting stool and blood samples to investigate the changes to the human body brought on by living in isolated, confined and extreme environments like Antarctica. But he’s found that some of his samples are missing. In a base where no one can get […]

via WHO DUNNIT? An Antarctic Mystery — Chronicles from Concordia 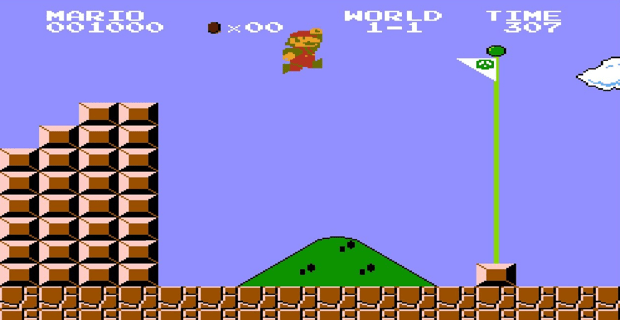 The Nintendo mascot Mario has a vertical jumping range of 11’5” within his own world which equates to 27’ upon Earth as Earth has a different gravitational pull than that of Mario’s world. Mario is capable of leaping 2.25x his own body height however his exact agreed upon height when converted to a real world […]

Whilst observing chimpanzees in the wild, Jane Goodall noticed her observed chimpanzee community beginning to divide amongst itself, with some members choosing to spend more time in the northern region of the jungle and others in the south. By separating themselves, these chimpanzees inherently relinquished their right to be recognized as part of their previous […]

In Horse Isle 3 your character cannot die, however you can get into some really sticky and inconvenient situations.  This will show you at least one way of getting out of every single one.  I’ll also tell you where you might encounter these things and you’ll be able to see what they look like on the minimap.   As more difficulties arise I’ll add on to this list as needed.

Save frequently.  It’s perfectly okay to set up a Quick Travel point and just save over top of it periodically.  If you do that, you can just QT back to a nearby place.

Keep an eye on where you’re going.  If you have a path following horse, sometimes they will run you straight into a pit in the ground.  Or maybe off the side of a Fjord cliff.

Don’t Panic.  There’s a way out of nearly every situation.

You can always Quick Travel out of any of these, situations, but what if you’re nearly out of Travel points?  You can also QT to a club.  Going to the nearest one can reduce your point cost.  If you get lucky you can also use a Free Party Trip to get out.  That’s also nice if you’ve managed to travel a really long distance across the map and need to get back.

The stickiest of sticky situations is the Tar Pit.  They are found only in Decay biomes and look like small black lakes on your map.

If you stay out of the slick, black pools you will still be able to move somewhat, but beware, the sides of the tar pit are slippery and it’s tough to climb out without falling into the tar.  If you fall in, you can sometimes use %pokehorse to get your horse to throw you out.  Another way out is to have someone lasso you, and pull you out.

Tip: You can dig tar with your shovel by standing near them, you don’t even have to be in the sticky part to get the tar.  It’s similar to digging red algae around hot springs.

In the lands near Stone Forests, there are great gray plains with cracks running through them.  It takes a brave horse to jump them but it can be done.  If by chance you fall in, you can try to jump out.  Generally it’s best to try and jump or walk to the nearest end because the cracks are shallowest there.  Use the spacebar to repeatedly jump.

Holes in the Ground

To get out of a hole in the ground, the only way other than QTing or being lassoed is to tap the spacebar repeatedly while pressing “Up” and “Right.”  I’ve tried it with “Up” and “Left” or “Up” only and they don’t seem to work as well.  Holes with water in the bottom are a lot harder to climb out of.  In that situation a lasso or a QT is really the best option.

Dry pits are found in Rainforest, ones with water are found in Jungle.   Both often occur along paths.  It’s a good idea to use a torch when traveling at night because they can be pretty difficult to see. 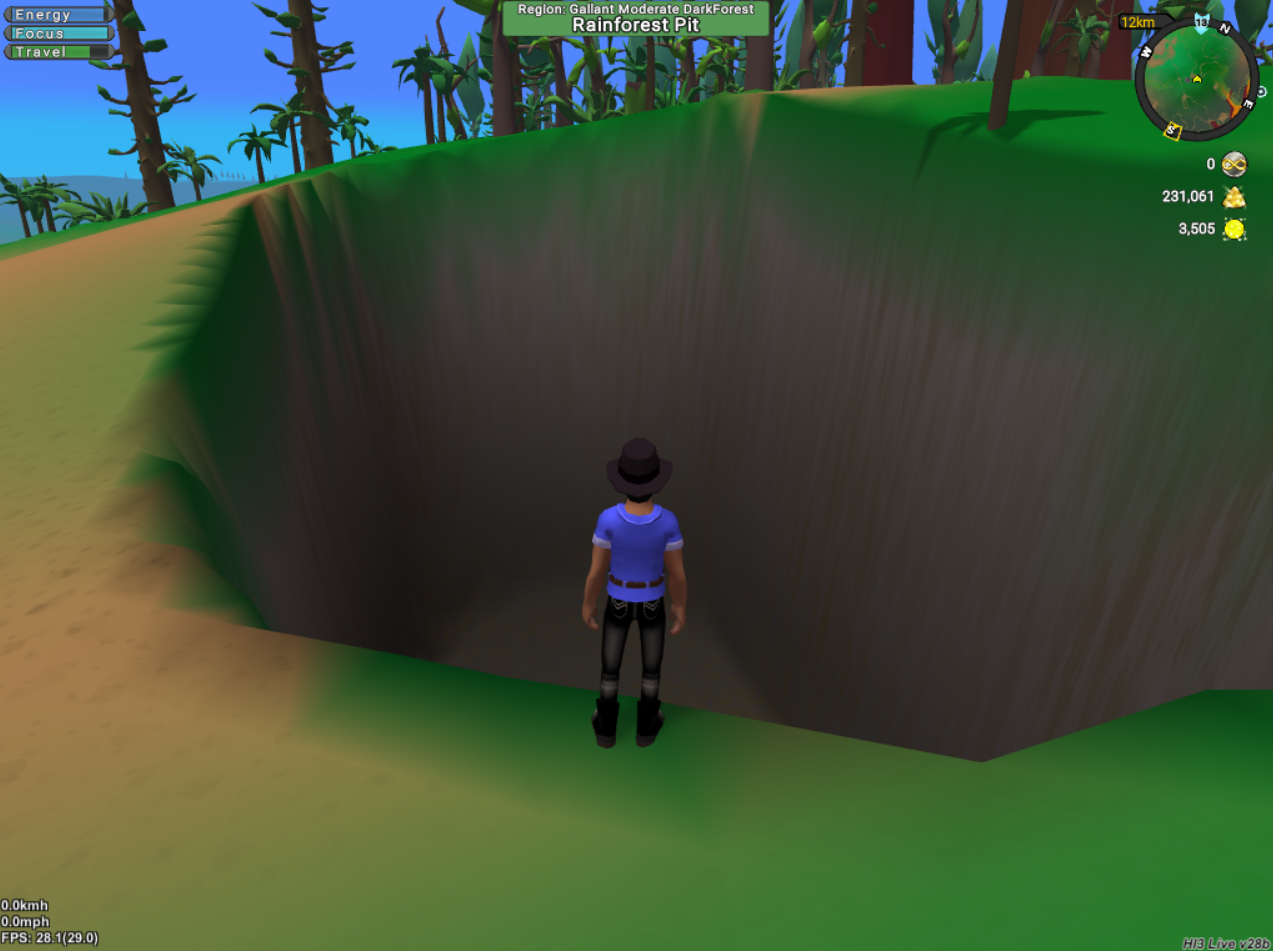 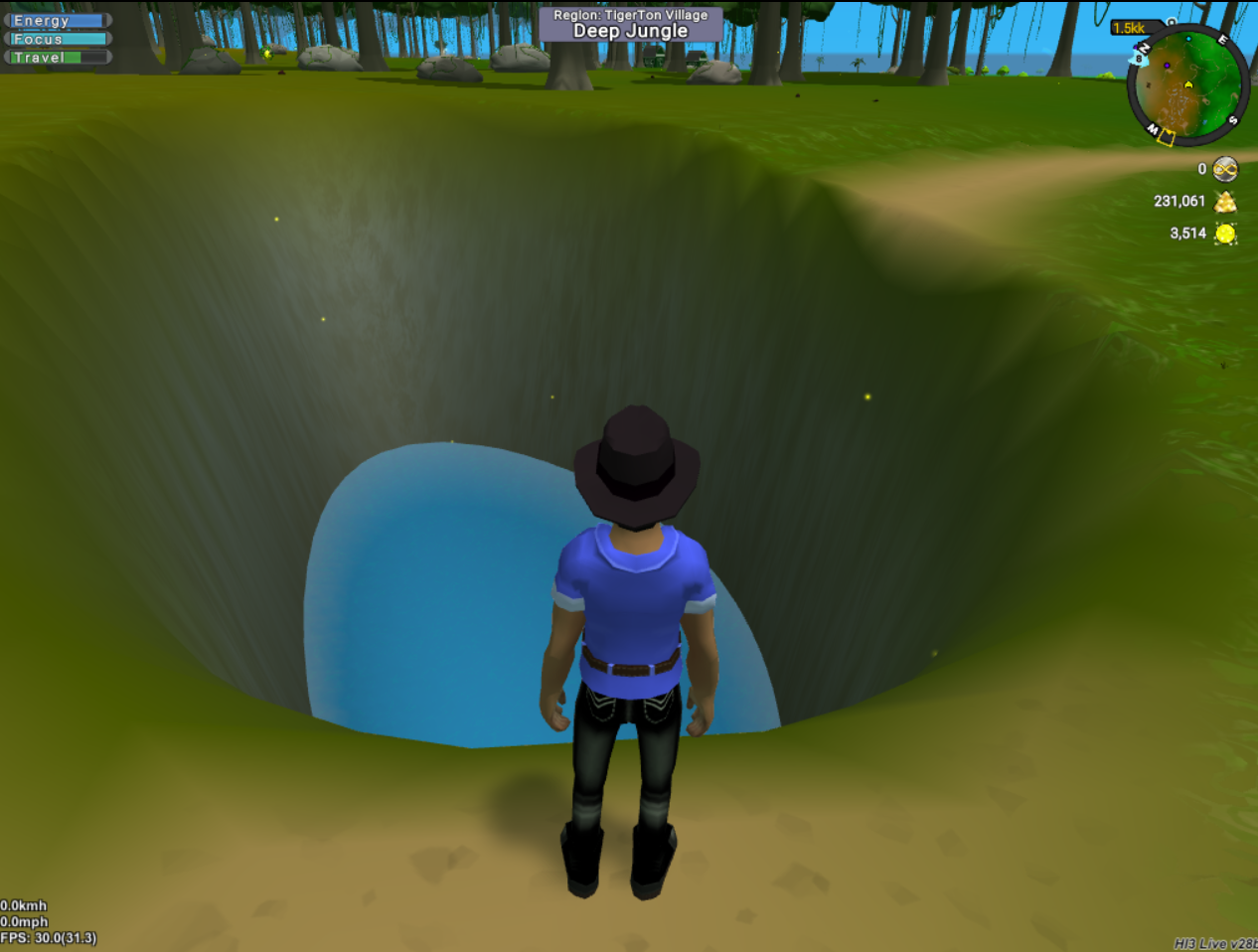 In caves you can find Dangerous Paths.  Those in particular happen in caves under sandy desert biomes, though there are other places that have similarly tricky terrein.

You can try charging your bravest horse at the wall and get it to shoot up and over.  You can also look for sloping areas so you can climb out, as seen on the right side in the picture.  In this case though, the best thing to do is to save up the Essence to buy a Grappling Bow.  It’s not too expensive and it can get you out of any such underground situation!

In many cases you can hit the spacebar repeatedly while hitting up, or up and right, to climb tall things.

If you have a very brave horse with a good speed stat you can also sometimes get them sprinting and shoot them up the side of the object.  This works really well in Badlands, somewhat well in Dangerous Paths and Mesas, not well at all in Fjords, and won’t work with buildings.

Dr. Stijn Thoolen is the ESA-sponsored medical doctor spending 12 months at Concordia research station in Antarctica. He facilitates a number of experiments on the effects of isolation, light deprivation, and extreme temperatures on the human body and mind. Find this blog post in the original Dutch below. Concordia, July 10, 2020Sunlight: noneWindchill temperature: -84°CMood:…

via The longest night — Chronicles from Concordia

It’s a green soup for a green summer!   It’s also savory and filling, full of good veggies, and is only about 150 calories for a 1.5 cup serving.   You don’t really taste the spinach all that much, the basil and dill improves and brightens the flavor.    The soup is good hot or cold, freezes well, and keeps well in the fridge for at least a week.

1 pound of frozen spinach
1 12 oz package of frozen broccoli and cauliflower
1 package fresh basil (about 6 oz)
1 15 oz can chickpeas
Few ounces mushrooms (to taste, roughly 4 or 5 oz)
4 or 5 cloves garlic
Salt and pepper to taste
1 TB dried dill weed
4 large chicken bouillon cubes (I used Caldo de Pollo but you could use any, including vegetarian bouillon or even homemade stock)
Water as needed

Directions
Cook spinach, broccoli, cauliflower and garlic gently until just tender. Turn off heat. Blend 1 can chickpeas, with liquid, until smooth. Add part of the bunch of dill, plus any water needed for processing, and blend till smooth.

Blend all vegetables until smooth and well mixed, including garlic. Return vegetables to pot and heat gently, adding bouillon cubes, dill, salt, and pepper to taste. Freshly cracked pepper is the best.  Add sliced mushrooms and stop simmering when they are tender. Do not over-cook, color should still be a vibrant jade green.

Serve hot or cold with whole wheat or sourdough bread, naan, pita, or any other bread/flatbread.  This can also make a good sauce or dip.

Tips:  Remove stems from basil before blending, if you want to avoid a funky fibrous texture.

Work in smaller batches and use extra liquid if your blender isn’t very strong. Can also use a food processor.

Variations: Experiment with other vegetables, such as carrots, potatoes, etc to initial simmer. Can also use pure broccoli or pure cauliflower.  If you use fresh spinach, remove stems first unless you have a really powerful blender.  Puree and add more canned chickpeas, white beans or butter beans for additional protein and fiber.  Adjust spices as desired.

Dr. Stijn Thoolen is the ESA-sponsored medical doctor spending 12 months at Concordia research station in Antarctica. He facilitates a number of experiments on the effects of isolation, light deprivation, and extreme temperatures on the human body and mind. Find this blog post in the original Dutch below. Concordia, April 7, 2020Sunlight: about 10 hoursWindchill…

via Greetings from paradise! — Chronicles from Concordia