After all, he’s asking Donald Trump how he intends to employ black voters with tattoos on their foreheads.  He acts like this is a common condition of underemployed black men!

So, I have to ask, is there something Bill O’Reilly knows that we don’t?  Are there groups of Jaffa, secretly living and working in our midst, or maybe not working because they can’t find jobs with their facial disfigurement?  Is that why they go to work for Goa’uld System Lords, because they can’t find work elsewhere?  I’d always thought the System Lord gave them the tattoo, but perhaps it’s the other way around?

Maybe Obama, who looks suspiciously like the System Lord Apophis, will decide to build a giant pyramid in DC as a public works project and also to land his starship on, and use all those Jaffa to guard it as we human slaves work on it? 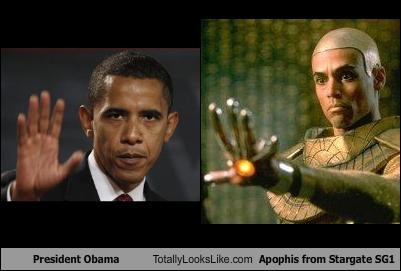 Whatever the case may be, shel kek nem ron.

6 thoughts on “Is Bill O’Reilly predicting the next Jaffa invasion? ”