Caves, as you’ll remember from my last update, are a huge new feature in Horse Isle 3.

The interconnected network of caverns stretches under the entire surface and can be found in every biome.  In some cases you can travel from one biome to another.  For instance, my club TigerTon has a cave right outside its borders (go south from the Horse Traders) that starts in Rooted Caves, but from there you can travel to the caves under the nearby Wondershrooms biome.

This is handy because it lets you get topazes from the jungle areas and purple crystals from the wonderland areas!  You can also see the different areas on your minimap, represented by different colors.  For example, Spider Caves are purple.

Tips for traveling in Caves:

When opening caves, the more people in an adventuring party, the less energy it takes from all.

It’s a good idea to save cave entrances as Quick-Travel spots, so you can warp out and return to where you started.

Ride the bravest horse you can find, they will help you get over and around obstacles.

When in a Dangerous Paths area, it’s easier to get up the walls with a brave horse than it is by climbing – think of how it works around Ice Cliffs.

Where there are crystal shards, there are likely crystals – look around, crystals are glowing and obvious.  I’ve included illustrations below.

You can open cave entrances from the inside but still need at least one other person with you in your Adventure Party.

Bring enough wood so you can use Torches!  It consumes 1 piece of Wood per minute.

I found this on the profile of the club “Where The Drafts Go.”  A complete list of all cave types from all biomes is still in the works.  Eventually I’d like to also have a list of all unique areas within the caverns but that’s going to be a BIG job.

Not all resources have a purpose yet, but I’m sure they will.

As of August 25, Bat Guano and Sulfur were introduced.  Check these screenshots 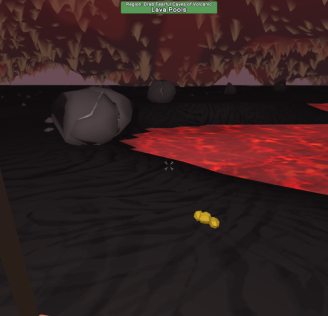 out to know what you’re looking for!

Both items are much easier to find if you have your Torch lit, especially the Guano.  It kind of glows just a bit compared to surrounding rocks.

Guano is at top, and Sulfur is at bottom.

Note about crystals, ores and gems:

THEY GROW BACK.   It takes a couple of days for that to happen, but it will.  So if someone cleaned out your favorite gathering spot, don’t despair – just mark the spot (on a hand drawn map) and come back later.  Or, if you see a bunch of shards lying around, come back later – crystals may regrow.

Hopefully these images will help you get a better idea of the wonders that are in the deeps of the Infinite Wilds.

Caves are here, and they are AWESOME.  I’ll do another update on them soon, especially as more features are rolled out, but I wanted to at least spread the word and give a few initial tips.

Caves underlie most of the Infinite Wilds.  There are plains, mountains, water,

hills, columns, crystals, gems, glowing mushrooms, and more.  There are even small, rare wilds that are apparently really good climbers.  Some caves are dark so you need a torch or lantern, others have a natural glow.  There is a type of cave for every Biome, so 25 in all.

You’ve probably seen the cave entrances around – boulders with a smaller boulder stuck into them.  Those need to be opened as a team effort.  You need to form an Adventure party and 12000 Energy will be taken from the members of that party.  So if you had 12 people, they’d all lose 1000 Energy.  If only 2, they’d all lose 6000, and you can’t do it alone.   An opened cave entrance stays open for a real-world year before needing to be re-opened again.

There are some quirks about Caves…. you can Quick Travel to player locations, and you can teleport to any club or surface Travel location from inside them, but you can’t teleport back into the caves from the surface, and you can’t save Travel headings while inside.  You can, however, ride horses inside.  The braver, the better, as there are mountains and difficult terrain to cross in places.

Also, caves interconnect.  There are little ones and huge branching ones.  We’ve only begun to explore!  You can gather things in caves – silver, iron, and Imbuement gems.  Imbuement gems can no longer be bought at the Importer, though you can still find them in player stores or from Pitcher plants and other sources of random items.  There’s also copper, gold, and platinum now, and plans to incorporate them into crafting later.

Stay tuned for more information, including information about the new minigame, but in the meantime, enjoy these screenshots below! 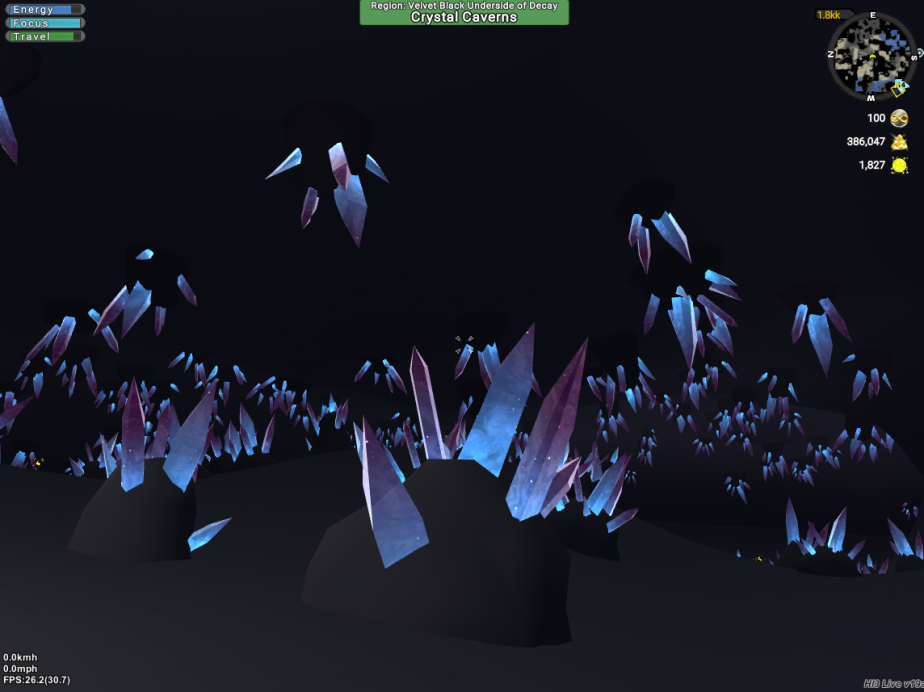 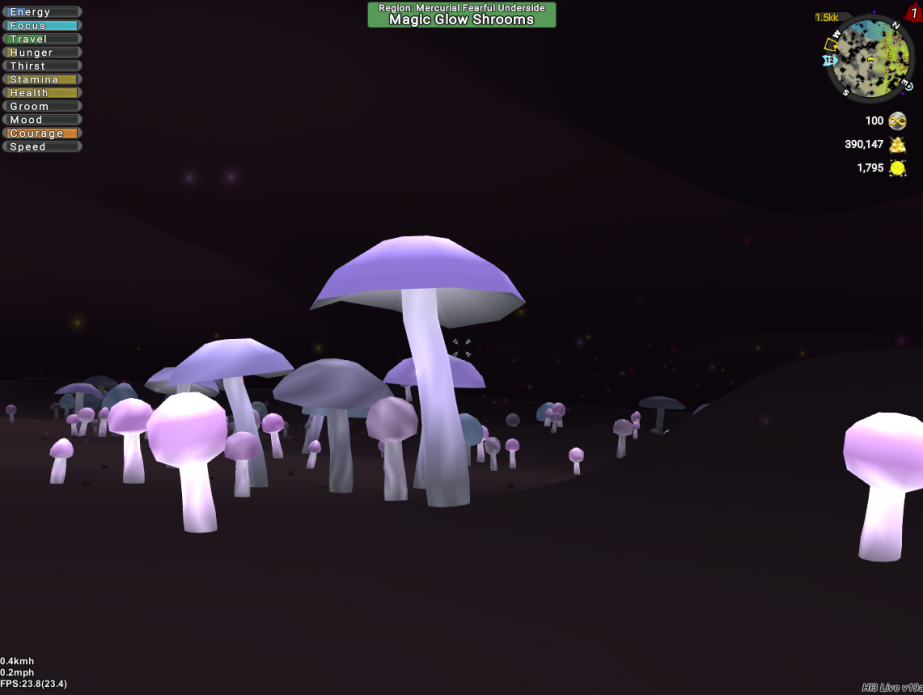 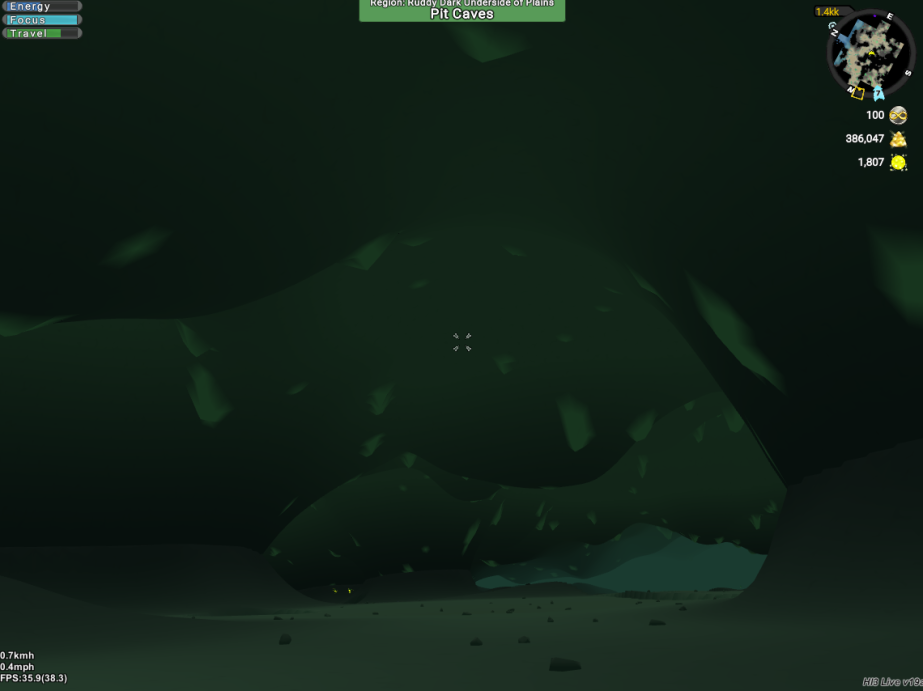 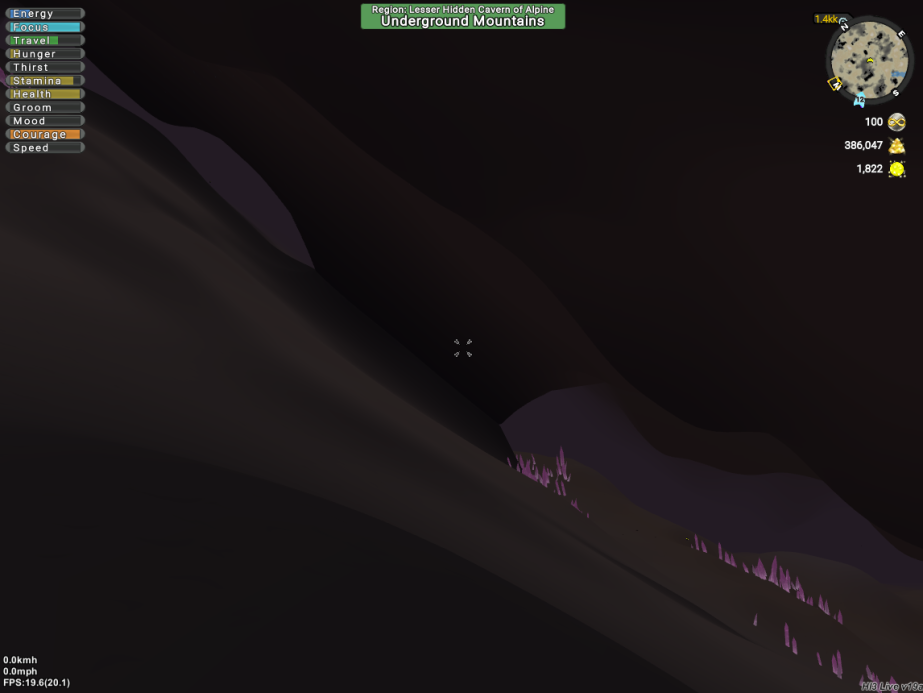