A perfectly ordinary housecat as she dreams of being a unicorn.

Slowly the ear begins to center itself on her head, ready to turn into a horn. 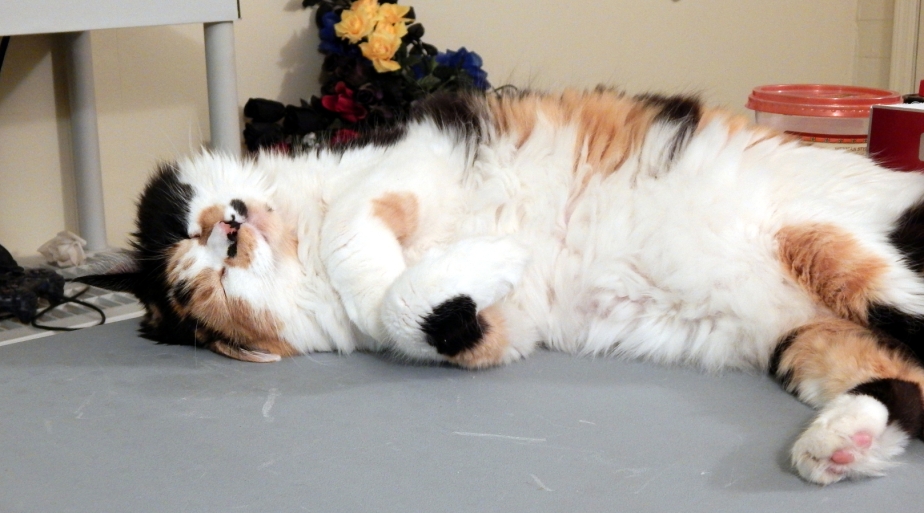 What next?  I think she’s going to meditate on being a samurai.

Now she’s dreaming of being a writer – I think she’s going to write her adventures down! 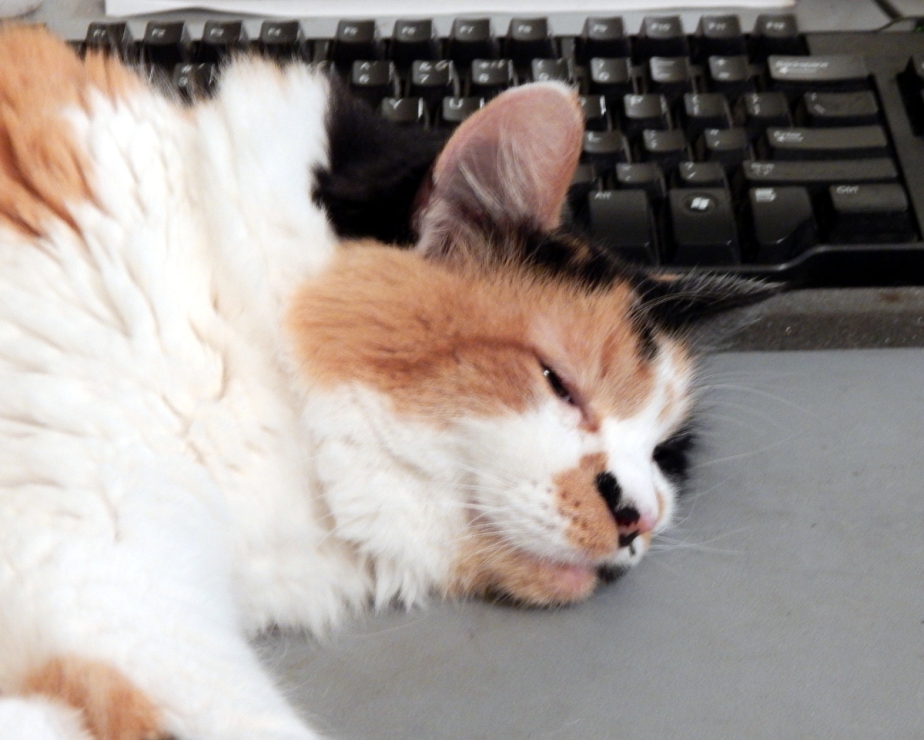 (Don’t forget about the free books this weekend)

Here are some views of sun shining in different ways.  In Tucson, we know sunshine! 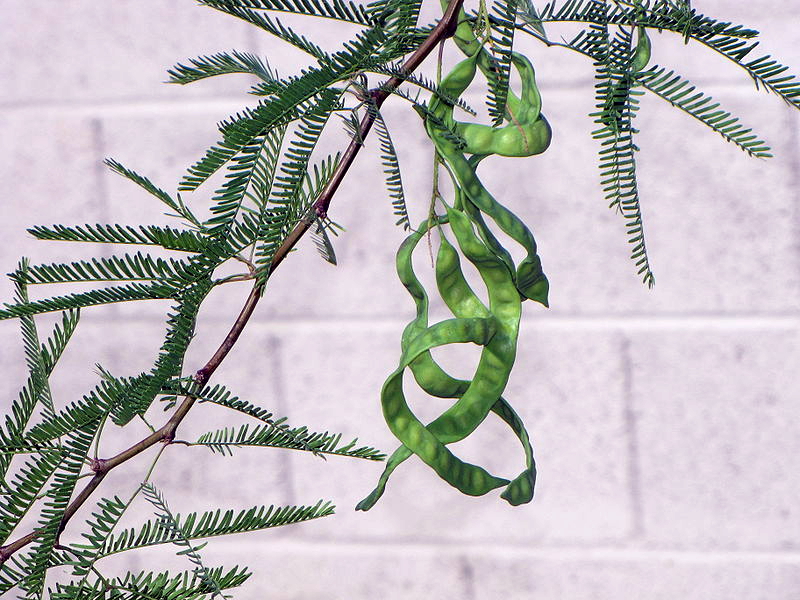 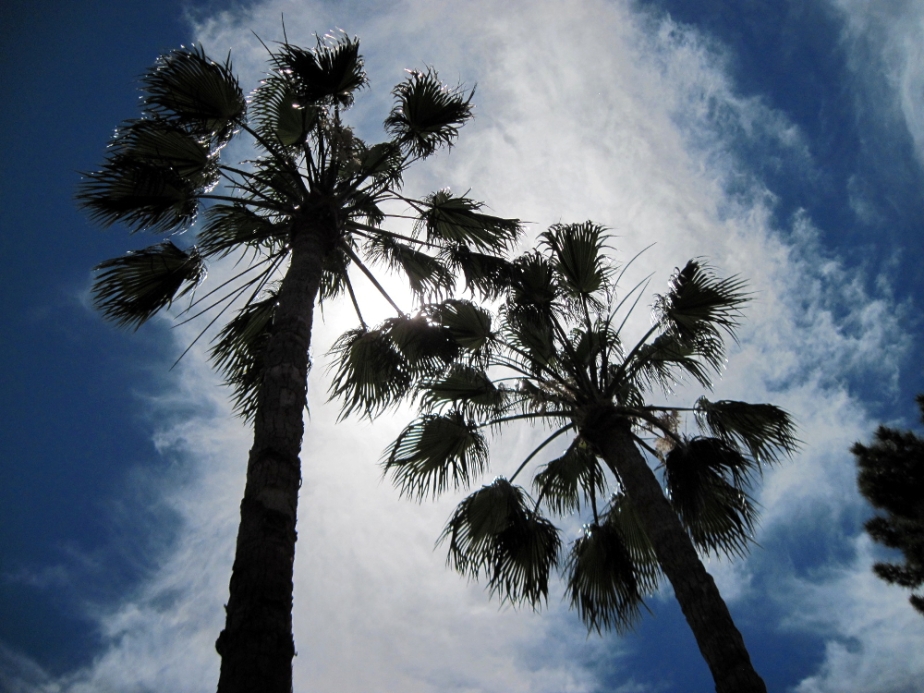 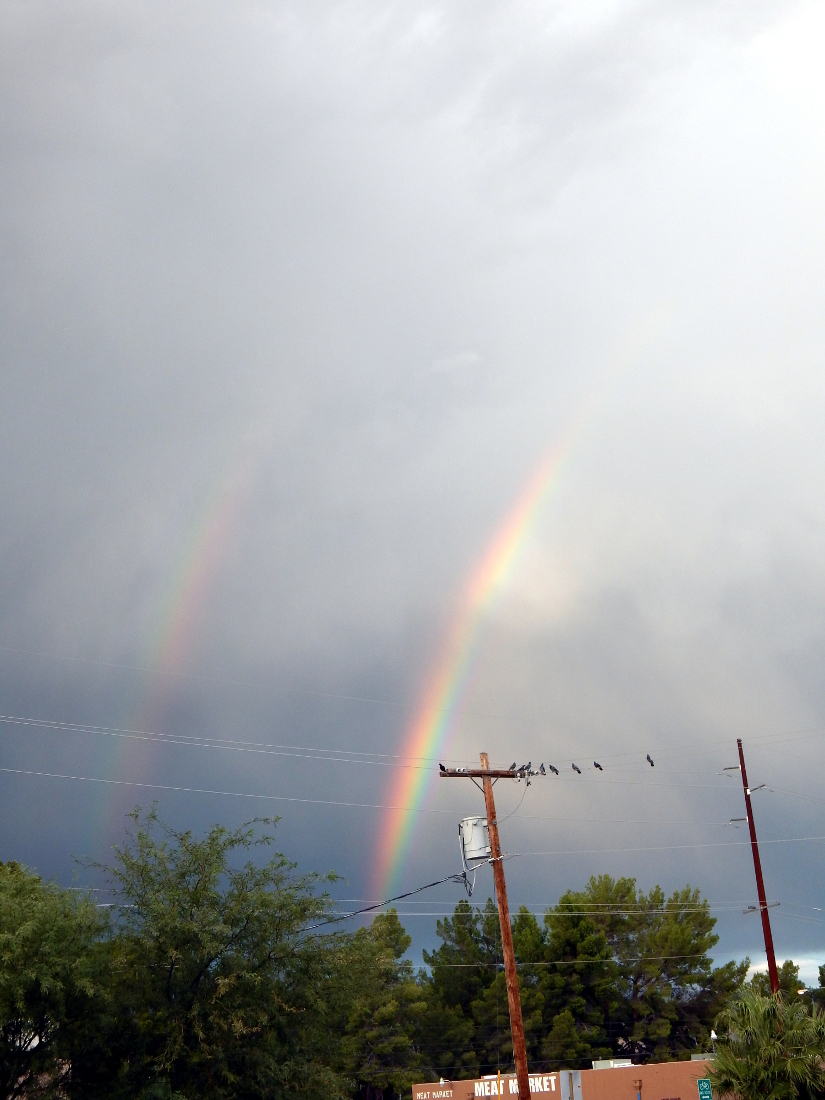 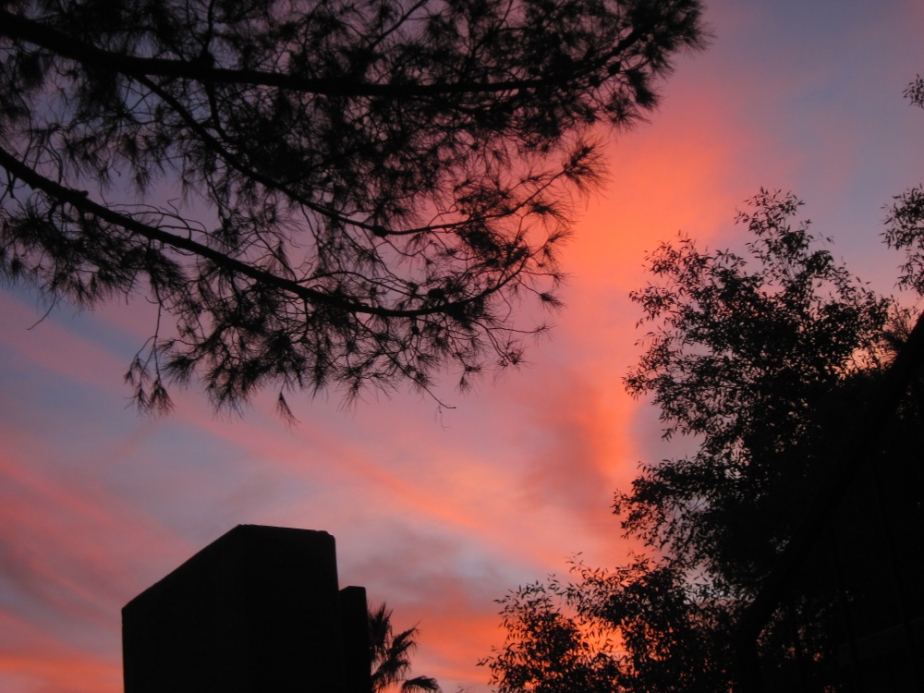 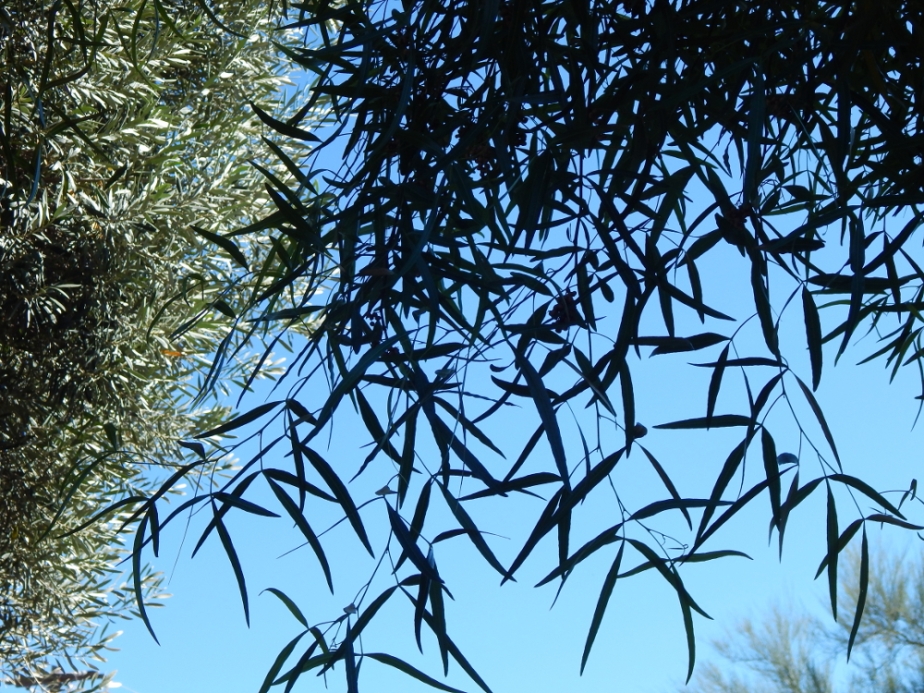 For me, quests have always been twofold.  Mental, and physical.  My cover photo represents my quest for images, for seeing deeper, for finding new things to write about.  This picture, below, is of the biggest prickly pear cactus I’ve ever seen – and I found it in a back alley of my neighborhood! 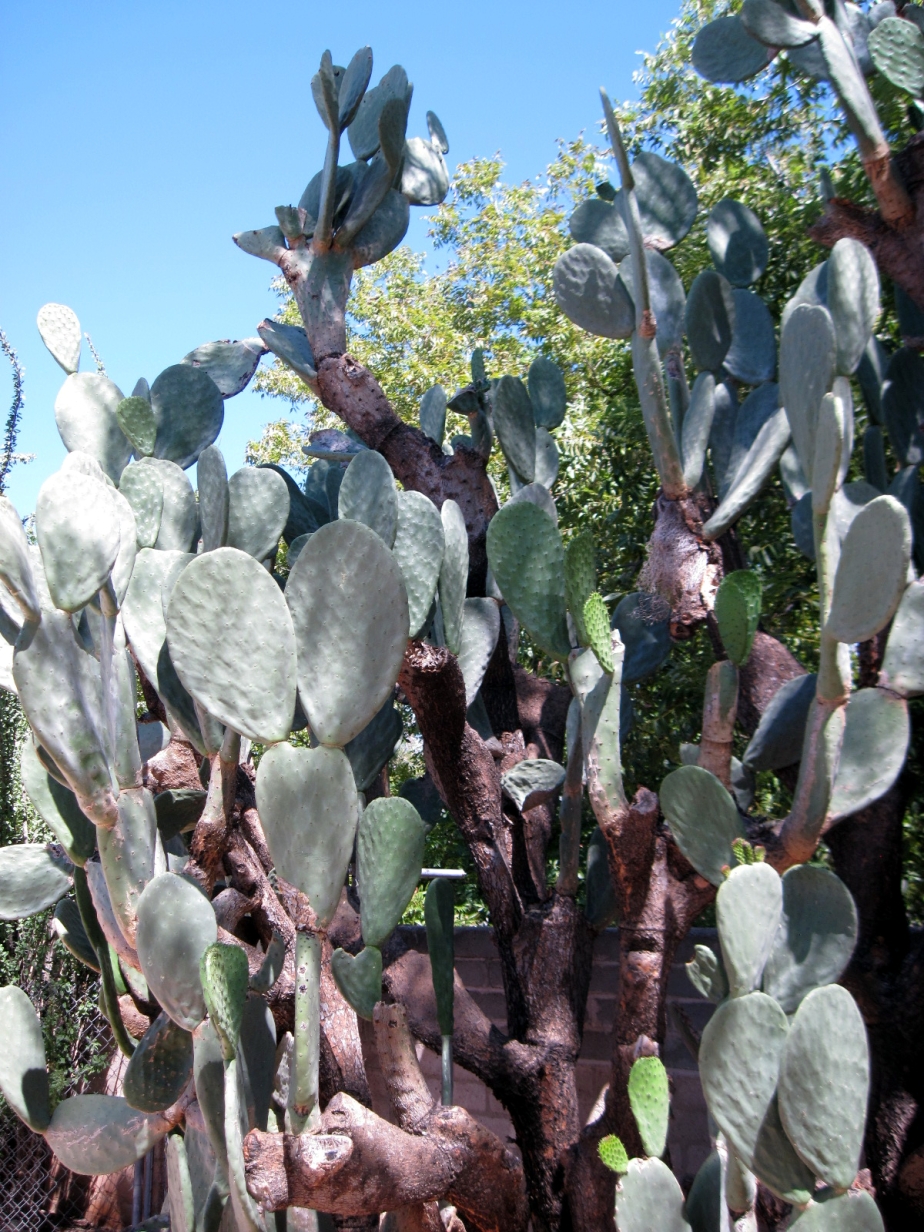 When I was young, my quests often happened on a TV screen.  I loved playing a game called Ultima: Quest of the Avatar. Conceived by Richard Garriott, it was innovative for its time. I played the version made for Nintendo. In a way it was like a really primitive version of Fable – in the free-roaming world of Britannia, you could complete your goals in whatever order you liked. Your choices directly affected your chances at success. As in life, this game allowed you to cheat – at a penalty – but ultimately you could only succeed by following the rules laid out in the game.

Britannia was a great place to adventure, full of dusty castles and ancient keeps, deep forests and wide oceans, with several cities and towns and eight dank dungeons. There was even a hot-air balloon you could control with Wind spells!

I may have mentioned before that I wrote an ebook about this game. I’m revisiting the subject because it’s been rather relevant to me of late. I really liked Ultima because it provided a very solid system of morality, neglecting nothing, and yet it wasn’t religious at all. There were no gods mentioned, no worship.

There were shrines and meditation was mentioned, as was magic, but no one made themselves subservient to anyone. The player might check how they were doing with Hawkwind the Sage, but otherwise they didn’t compare themselves to anyone else – they strove only to beat their own personal best.

Honesty, Courage, Compassion, Sacrifice, Honor, Spirituality, and Humility were the Eight Virtues. There was a system of colors, and different in game tasks that improved each of those virtues. There was also a network of dungeons to travel through in your Quest, as well as different cities and towns to discover.

One theme that I truly enjoyed was the idea that you, the player, were transported into that world – that once you mastered the Virtues you might carry them into your own life and be a hero there as well. A theme of the game was “the Quest of the Avatar is Forever.” Even now that I’ve been spoiled by awesome graphics and epic storylines, I still occasionally pine for that game.

One of the themes that I found most valuable is the idea that Virtue is something only achieved after hard work and long practice. There are no magic pills or instant philosophies. The journey is the adventure. At the end the final boss battle is a fight with a dark form… of yourself. If that isn’t a great philosophy for life, I don’t know what is! What was the reward after Quest’s end? Gold? Gems? Fame? Only a book… but one that contained ultimate knowledge. I can’t imagine a better treasure.

If you want to read more, check out my books page.