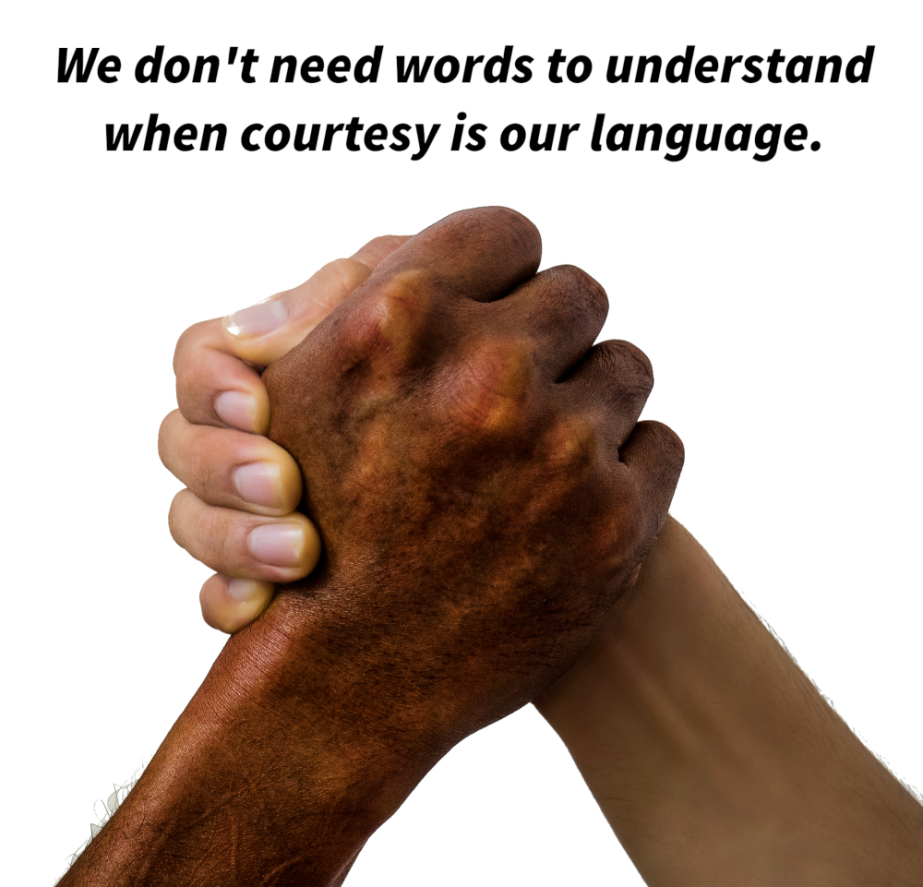 Perhaps I should share a bit about why I was moved to make this meme.  Right now the people of the US are beset by divisiveness.  There are many groups trying to “stir the pot” and cause more contention, because not only is a house divided more likely to fall, but it’s easier to make a profit from.  Unhappy people buy more goods, trying to buy happiness.  I see this in Democrats and in Republicans both, so I’m not pointing fingers in either direction, but rather thinking about what’s good in the world rather than what’s bad.

At my favorite coffee shop, there are some guys who are from Africa.  I don’t understand a word of Swahili and they understand a few words of English, but smiles are enough.  I like those guys. They are sweet and polite, despite the language barrier.

At my favorite grocery store, I see recent immigrants all the time.  They are mostly refugees from various war torn countries.  I love hearing them speak in their native tongues, and once again, smiles and polite gestures aid in communication. The people who run that store are Vietnamese – and I don’t speak their language either.  Little bows are good though, gestures and more smiles.  I speak a bit of Spanish and use it at my local carniceria along with much laughter.

Once when I was new to Arizona, my battery went dead in my car.  I had no money for a new one and no way to get a jump start.  I hoped for someone to come along to help me out.  Finally I was in luck.  There was a young guy in a brand new truck who parked nearby.  I politely asked for help.  And got turned down flat – he was worried that his new truck would be damaged by jump starting my little sedan.  He left.

Along came another truck.  Not shiny, quite dented, with a work rack on back.  Out came a deeply suntanned fellow with a wide hat.  I think he knew two phrases of English – please and thank you.  We  understood each other though and he helped me get going again.  With a hearty muchas gracias, and a vaya con dios, we parted ways.

Language was no barrier.  Perhaps the young fellow really would have damaged his truck to jump start my car – but I’m not so sure.  His heart was a bigger barrier to helping than language, as he spoke perfect English.

A smile, a bow, a handshake, a fistbump – they are all part of our common language that does not depend on words.