Welcome to another Friday Feature.  Today we have Glynda Shaw, who has written several rather interesting books.  We have both a Q&A and a short bio at the end.  Glynda, welcome to Mindflight!

How do you get inspired to write? 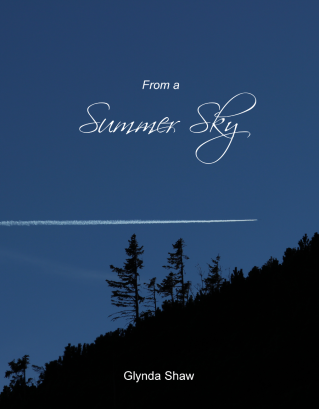 I think the thing that most inspires me to write is in reexamining my past life, I see times when things could have gone some other way or characters chance met, who may have played a greater role in my life had things been different. Rather than having a message to put across to readers, I like to create situations and characters, often based in true life and are interesting to me. Having done so, it’s great fun to see if others find them interesting and worth remembering.

What’s the best thing about being a writer?

The best thing about being a writer is watching something come out of nothing. Writing is truly magical in for that reason.

Though we spend a lot of money on computers and other assorted contrivances, the writing process itself is imminently portable and can be accomplished, (if sometimes laboriously) with any number of implements and on everything from silicon chips to a cave wall.

Writing is to the mind what potter’s clay is to the fingers.

Where did you get the idea for your most recent book?

I got the idea for my most recently published book Experimental College My Summer in Serendip, in the following way. It had two sources actually. I once had a roommate in college who could have possibly become more, but didn’t.

I’d wondered over the years what might have happened if things had gone differently. I also had been playing with a concept of a young, somewhat effeminate man, being attracted to a somewhat dominant male of similar age but greater experience. I imagined the less experienced guy getting advice and support from two women, themselves a couple, who lived next door, down the hall or otherwise nearby, in a dormitory situation.

What started out to be a sexual romp, perhaps with kinks, turned into what I hope is a thoughtful examination of how interests begin and end between people of various genders and how we all have the need to know parts of ourselves which have remained hidden throughout the turmoils of maturation. 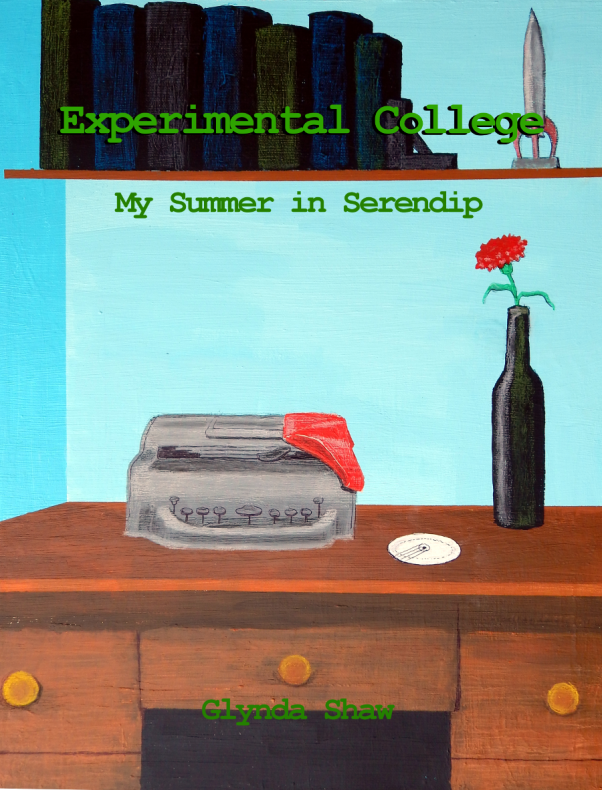 How do you deal with writer’s block?

I’ve found a good way to deal with writer’s block is through talking with myself. Since I’m an introvert I do this on paper or more precisely, on silicon. In my personal journal I essentially ask myself what have I written about before then what would I like to write now.

When I have an idea I go on to ask myself what sort of characters do I want to introduce, in which person do I want to write; things like that.

Once underway, if I get stuck I talk with myself about a given scene or plot issue, what am I trying to accomplish here? Why is this person acting that way? What are some ways in which this situation could resolve?

Strangely enough, talking to myself about stuff I already know very often helps me discover things I didn’t think I knew (or maybe it gets a muse whispering into my ear), and I almost always come away from the process with more ideas than I had initially.

What’s your advice for aspiring writers?

My advice to aspiring authors is to Practice.

You can’t play the piano just by reading music books and you can’t do math unless you actually work problems.

Samewise, to write you must write. Write letters, poems, your thoughts, descriptions of things, even silly stuff. Mother hung my sister’s prom dress in my closet. Is she telling me something? Or I just found that between 2:00 and 3:00 PM, my back door opens into someone else’s house! Don’t be afraid to rewrite, in fact you might try telling a story two or three times from different perspectives.

Try to keep some kind of writing schedule. Put a certain number of words down on paper every day or three times a week or whatever schedule with which you feel comfortable. Lastly, don’t worry whether or not you’re smart enough to be a writer. Somebody of average intelligence who writes every day has it over the genius who just never gets around to putting down thoughts because there’s always so much else to do.

Besides, in my experience someone who wants to write, likes to write and actually does write, usually possesses an active mind. Your brain is a muscle and writing is the best mental calisthenic of which I am aware!

What are you currently working on? 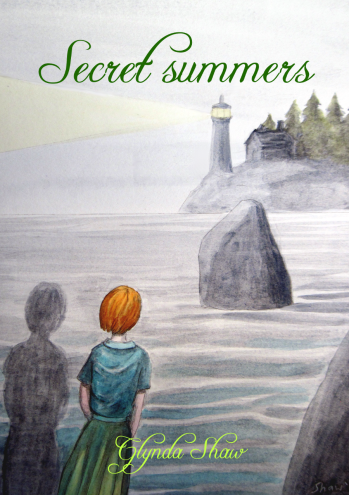 I’m working on a science fiction/fantasy novel with strong relational content, called Touching the Void Between.  It involves a blind boy who has lost his twin sister.  He is sent to a residential school to get him away from what his mother feels is an unhealthy environment at home.  The spirit of his twin appears to have accompanied him and a psychic house parent together with a shadowy group of Goddess devotees help him deal with the reasons his sister needed to return.

Thank you for joining us, Glynda!  Here’s a little more about her, if anyone is interested in learning about her and her books.

Glynda Shaw is a Seattle native, an aerospace engineer, a social worker, and an experimenter in alternative energy and biosystems.

“Currently for different reasons, I especially enjoy reading the novels of Patricia Cornwell, Tess Gerritsen, Mary Downing Hahn, Lisa Jackson, Lee Child, John Sandford, Lisa Unger. There are many others of course but those are the ones I drop everything to read when a new title appears.

My writing influences are varied and include feminism, gender issues, the fact of my own blindness and cultural issues,including my Celtic background and a love of the Pacific Northwest and also of the American South. Most of my life a seem to have been a very small minority yelling about something or other and not always winning but generally remaining on my feet.

I try to root my stories in places I’ve been and can describe credibly. I’ve been known to take vacations places so I can get the setting right. I like to show my characters making independent decisions and creating lives that fit them even if not acceptable to all of their neighbors.

Those are the sorts of people I tend to like also; folks who know stuff and aren’t afraid to ask the questions “why not?” and “Why do things have to be this way?”

I like to champion things that are old but still good but also new things that are good but not just because they’re new and trendy. One of the most charming images I can think of, the author of which has been lost to my memory, was that of a young woman on a horse, surrounded by a force field actuated from the saddle; and she able to tesser from planet to planet, having extraordinary adventures.”

Join her on Goodreads, her website and blog, or on Pronoun.

One thought on “Luck of the Scottish – Glynda Shaw, Authoress”